All mail received will be opened and inspected. Inmate mail will not be read or censored unless there is reason to believe it is being used for illegal purposes, threatens the safety and/or security of the facility, threatens the safety of a public official or any other person(s) or is believed to be in direct violation of facility policies. Only money orders, cashier’s checks or certified checks will be accepted. Cash will not be allowed and will be returned to the sender at Inmate’s expense.

Any items found in incoming mail deemed as contraband will be seized and used when needed for a criminal investigation or prosecution. Cash or personal checks will be returned to sender at Inmate’s expense. A written notice listing the reasons for the seizure will be given to Inmate and the sender. The sender will be allowed the opportunity to appeal the action and challenge the seizure to the Superintendent. 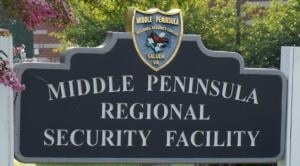